He was hot last year. He’s hotter this year. A delightful story from delightful Cerise Deland. Come nibble her cherries.
Susanna Corrigan believes in Santa Claus. Always did. So a Christmas-time flight to Alaska for a one night stand with a man especially chosen for her is a perfect gift. Fun and great sex with Mr. Right Now fits her bill for no strings, no commitments.  Then hunky Gil Santana laughs with her, buys her dinner and takes her ballroom dancing. She’s enchanted–but scared.  What will it cost her to make Gil Mr. Right Forever?
Gil Santana promised himself one more lap before he treated himself to lunch and for a chaser, a snifter of Armagnac. He extended his arm in the pool, ready to push off once more, but his eyes snagged on movement at the far doors. His gaze glued to the perfect vision who walked through them and his mouth fell open.  Through the ladies’ spa entrance came a female who took his breath away. The way she walked. Like a queen. The way she pushed back her shoulder-length hair into a ponytail and rubbed her hands together in glee like a kid eager to jump in the creek on a hot summer day. She was, undoubtedly, the most beautiful woman he’d seen here at the resort or in fact, anywhere.
Even in Hollywood.

Excerpt:
Hey, Santana, that is the plan, man. You’re here to find a woman who isn’t like the aggressive types in Los Angeles. So what if this one strikes you as….
Luscious.
He blinked. She strolled to a lounge chair and inched out of her flip-flops.
Five-five or so. Red hair. Lush, wavy hair the color of merlot. Never-from-a-bottle, intoxicating red hair. Oval face. Dark eyes. Damn! What color?
She looked around. Didn’t spot him, thank goodness. Then she smiled to herself. Padded over to the shallow end, stuck her toes in the water, and grinned.
He swallowed hard and didn’t make a move. He wanted to enjoy her. She shook back her hair and pulled at the bottom of her suit. Snapped it beneath the crease of her gorgeous, firm ass and took the steps down slowly into the water. She was quite incredibly lovely.
Quite incredibly built.
Madre Mia. With breasts. Half moons. Nipples pebbled beneath the white spandex of her conservative, one-piece suit. Hips like God should give all women. And thighs. Trim. Knees. Cute. Long, long, long legs.
Down boy. His cock did not obey. And Gil had to agree with the big guy. This woman was worth the salute.
Stop it, Santana. You act like a drooling teenager.
Yeah, but, wow, did he hope she was his for this 1Night Stand thing.
How could she be?
Yeah, true.
She looks exactly like the type you don’t want. She looks like a wannabe movie star who’ll do anything to get a part. Including wearing a sign, Casting Couches R Us.
He’d written his request on his questionnaire. No actresses. In Hollywood for nearly ten years, he had left tinsel town last fall for Oregon and a post as a professor in a college fine arts department. If the day job was fulfilling, teaching kids about the history of cinema, he got as big a kick from his “night” job putting together his own independent film company. And he had decided to apply at 1Night Stand for a night of pleasure on a recommendation from a scriptwriter. The man had done one and not only had a great time with the woman they chose for him, but continued the relationship after their fun-filled night.
Gil frowned. He didn’t hope for happily-ever-after. He was perhaps too jaded for that. But he did believe it was possible to have a brief affair and value it for what it was. Short. Hot. Creative. And memorable.
Then something hit him right between the eyes.
Available at:
http://www.decadentpublishing.com/product_info.php?products_id=414&osCsid=kh7q2es9kcdjn1tg9ihu5iv3i7
http://www.amazon.com/Santa-Cutie-Night-Series-ebook/dp/B006HWFUSC/ref=sr_1_1?s=digital-text&ie=UTF8&qid=1354391375&sr=1-1&keywords=Santa+Cutie
http://www.barnesandnoble.com/w/santa-cutie-cerise-deland/1107886858?ean=2940032908104
https://www.allromanceebooks.com/product-santacutie-652955-149.html
*****
Meet Cerise Deland
What’s a gal to do if she hails from D.C., lives now deep in the heart of Texas, travels often everywhere, and adores Paris, Florence, London, Tokyo and all points east and west?  Ah.  She becomes an author who can write about those romantic places. And for readers who crave spies, pirates, bodyguards and gutsy women of all periods, then she is the author they crave for smoldering erotic encounters and captivating love affairs!  Her name? Cerise DeLand.  What’s more is that Cerise is the award-winning author of 18 print novels of mystery, mainstream and romance with St. Martin’s Press, Pocket Books and Kensington. Her books have been best sellers and Featured Selections of The Mystery Guild, Doubleday and Rhapsody Book clubs.  Busy lady. Happy writer 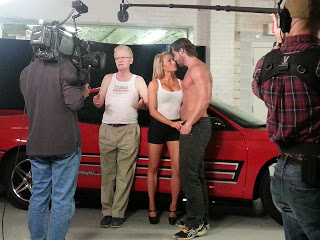 How I got to be famous