I recently read an interview with author Desiree Holt (http://www.maturetimes.co.uk/leisure-and-lifestyle/entertainment/books/2509-grandmother-desiree-holt-the-world-s-oldest-author-of-erotic-romance.html) in which she admitted that she was nervous at first about choosing to write erotic romance because she’s a mom and grandmother as well. None of us really want to think about our mother having sexual desire much less that she’d enjoy writing about them for all the world to read. But family perception of what we do is a very real concern for many authors of erotic fiction, my-self included. Hi, my name is Cindy Jacks, I’m a mom and I gleefully write smut. When my son was younger, I didn’t worry about the stigma of my chosen profession. Af-ter all he couldn’t read what I was typing away on at the computer nor did he comprehend the cover art of my books. Now that he’s entering third grade, I do worry about public per-ception. I also worry about explaining my choices to him as he gets older. We all know how judgmental teenagers can be. Granted, I could use a pseudonym and I know many erotica authors who do. I under-stand and respect the choice, but it’s not for me. It’s important to me that I publicly acknowledge my participation in what I view as a revolution in female sexuality. It’s my way of declaring, “There’s no shame in fantasizing or writing about those fantasies.” That being said, I know when asked what I do and I reply, “I’m a writer,” the next logical question will be, “Oh, what do you write?” And yes, I will usually say I write romance until I know the person asking is open-minded enough to get the uncensored version. In general, most folks in family and my community are intrigued and supportive of what I do. My mother reads my books. My brother and father don’t (thank God) but they are proud of what I do. Earlier this summer I attended a friend’s birthday party and she took great de-light in introducing me affectionately as “the author who writes chick porn”. I spent the rest of the party fielding questions about my feelings about Fifty Shades of Grey, about what a “day at the office” is like and how my personal sex life compares to what I write about. Questions about my personal sexual history I usually sidestep, though my life partner loves claiming credit for much of my inspiration. And rightfully so. But again that plays into my anxiety about what my son’s perception of my work will be as he grows up. As he has matured, his understanding of my writing has changed and the way that I manage his exposure to it changes as well. I can’t write sitting next to him on the sofa any-more because he’s nosy and all too good at sounding out words he doesn’t know. I don’t even want to imagine what the parent-teacher conference would be like if he quoted my work in class. I also have to be mindful of whether or not he can see my laptop screen when I open a new book cover file. Some are more explicit than others. But it’s a balancing act because I don’t want to give him the impression that sexuality is anything to be ashamed of. I suppose as he gets older the way in which we process the divide between what he wants to know about my work and what I feel is appropriate to share will evolve. For now, if you ask my son what Mommy writes, he’ll reply, “Mommy writes books about people kissing.” That’s his take on the book covers he’s allowed to see and I’m grateful that I don’t have to explain them any further just yet. My latest book my son isn’t allowed to see releases this fall at Ellora’s Cave! Smuggler’s Blues, book two in the Pirates at Heart Series.

Blurb: Book two in the Pirates at Heart series. The year is 2017 and all is quiet on the eastern front. Good news for the war weary Re-public of Texas…bad news for weapons smuggling pirate Captain Brett Logan. A landlocked pirate is a dangerous creature. Logan’s been a surly handful since war’s end—not to mention a rather perfunctory lover—and his wife, Kate, has had about enough. When his first mate proposes a business venture, Logan is eager to get back to outrunning and out-gunning the enemy’s navy. There’s only one problem—his shoot first and ask ques-tions later attitude lands him in jail. It’s up to Kate to bail him out. On their way home, the couple gets stranded in enemy territory, but it’s just the shot in the arm Logan needs. Now in his element of excitement and danger, he becomes the roguish daredevil Kate fell in love with. Their passion for each other is hotter than ever—spurred on by the thrill of the chase—Logan finally finds himself rid of those pesky smuggler’s blues. Excerpt: “You plan to do what?” Kate’s eyes flashed in the firelight. “I don’t plan to do anything yet. It’s Jacques’ idea. He just needs my vessel.” “And you expect me to believe you won’t be on that vessel?” Logan held up his hands. “I never said that.” “Then Jacques’ idea has become your plan so I repeat, you plan to do what?” “It’s not as risky as it sounds.” “Smuggling bootleg whiskey into the RSA isn’t as risky as it sounds? Oh good then be-cause I thought you intended to do something crazy. And stupid.” “It’s not crazy. No crazier than running guns to the American rebels but you never seemed to mind me doing that.” “I minded. Of course I minded. I was sick with worry every time you left, but at least I was worried for a good cause. You were trying to resurrect the United States of America, but now that fight is over and we lost. There’s the Republic of Texas, the Reformed States of America and never the twain shall meet. So tell me, why would you voluntarily put yourself in that kind of danger again?” “You’re being dramatic.” “Am I? Seems to me you’re being reckless.” Reckless. The word echoed in his ear. He shook his head to clear it, but he knew she was right. He longed to be reckless. And foolhardy. And daring. And violent. He missed the bloody mess that was once his life. Kate didn’t understand—she couldn’t and he lacked the words to explain himself—but this unending domesticity was killing him a day at a time. He needed this business venture. He’d die without it, of this much he was sure. She sat on the sofa, the fire in the fireplace licking at her olive complexion, dancing in her eyes. He hated that she would be worried. He hated that the boys would miss him, but when she’d met him, Logan had been an outlaw—she herself had labeled him a pirate. She had to understand that much, didn’t she? Brushing a lock of black hair away from her face, he pressed his forehead to hers. He took her hands in his and kissed her cheek softly. “Kate, I don’t mean to sound harsh, but you need to reconcile yourself to the idea because…because I’m going to do this.” Her jaw set and she jerked her hands away from him. She stormed upstairs, Logan numb-ly watching her retreat. He’d go up in a few minutes and smooth things over. But before he got the chance, she marched down, a pillow and blanket in tow. “And you need to reconcile yourself to sleeping on the couch until you come to your senses.” She threw the bedding at him and stomped upstairs again. Setting the pillow and blanket aside, Logan sighed, the air puffing out his cheeks before it escaped his pursed lips. He rubbed the back of his neck and shook his head. Apparently she didn’t have to understand anything. Buy-it link: : http://www.jasminejade.com/m-683-cindy-jacks.aspx Cindy’s website: http://cindyjacks.com/ 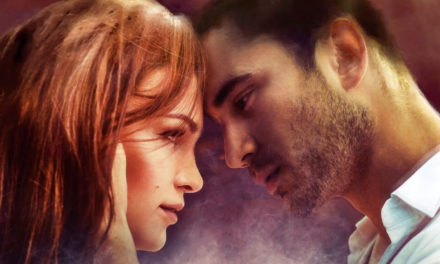 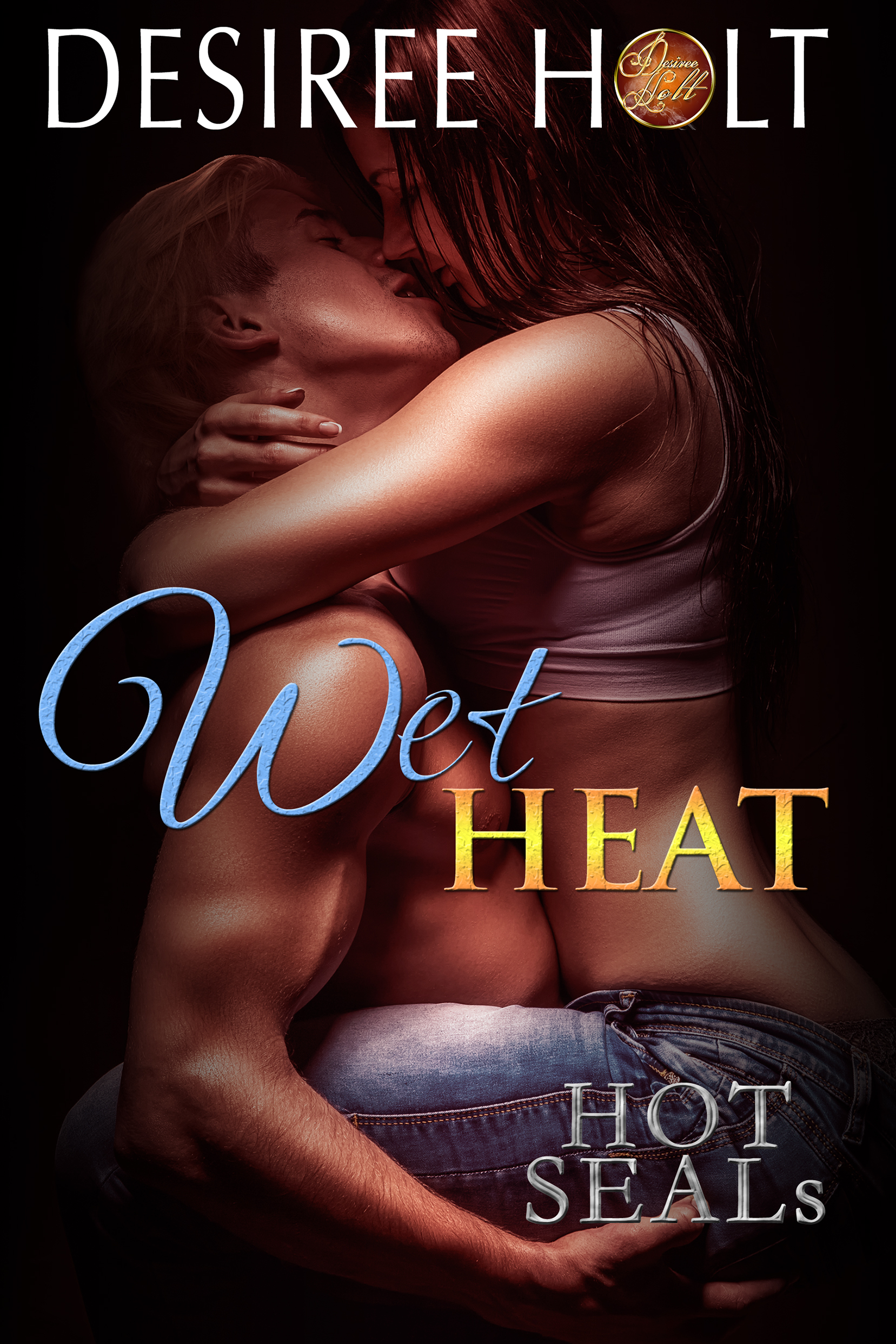