What absolutely yummy heroes Cerise Deland writes. I want to be Coco in this story. She has all the fun.
Siren Bookstrand said:
Carried Away is a great suspense story with the right amount of romance and hot sexual tension and the suspense that will keep you on the edge of your seat. Cerise Deland has a hit on her hands with suspense filled story. It is one you will enjoy.
And gave it Five Siren Stones, the top rating.
Grant Warwick has never scoured luscious, funny Coco Dalton from his brain. She was heaven to hold, hot as hell in bed—and for four scintillating months, totally his. So why she left him one morning without the courtesy of a call is one damn big mystery he’s never solved.
When she reappears one day in Venice, he’s stunned she wants to apologize. Heartbroken she had to desert him years ago, Coco asks his help to find a terrorist who’s tracking her. Resisting her isn’t possible—Grant sweeps her up into his arms and savors her sweet body with kisses so torrid and lovemaking so mind-bending, she’ll never again want to leave him. 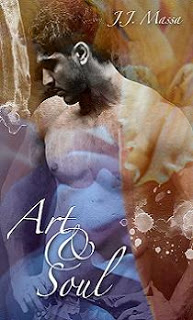